The Steelers (1-1) host the Tennessee Titans (0-2) at Heinz Field on Saturday, August 25 in their third preseason game, and first home appearance of the preseason. The game will be televised locally on KDKA-TV, channel 2. Kickoff is set for 4 p.m. Fans are encouraged to arrive two hours early to avoid anticipated heavy traffic and last minute crowds at the gate and to enjoy in-stadium pregame activities. All gates will open at 2 p.m.

Fans are encouraged to download and utilize Waze, a free navigation app that provides you with the most efficient routes to and from the game. Waze has partnered with Heinz Field to provide fans directions directly to their parking spot while avoiding traffic. Heinz Field will be able to update the directions to help fans avoid road closures that other GPS software may be unaware of. Visit HeinzField.com/waze for more details and parking lot specific directions.

Please be aware of the following construction impacts due to the I-279 HOV project:

For LIVE traffic and parking updates on game day, fans are encouraged to:

Gameday (cash) parkers are encouraged to utilize parking: Gameday (cash) fans arriving on the North Shore from I-279 less than two hours before game time are urged to take Exit 1C to park at Rivers Casino, Beaver Avenue or Western Avenue, or Exit 1D from I-279 Northbound or Exit 2B from I-279 Southbound to park at the Blue 10 Garage or the Nova Place Garage. Reserved, pre-sold parking lots around the stadium open at 12 p.m. to game day parkers. Tailgating is permitted in the pre-sold lots surrounding the stadium. Fans with pre-sold parking (from the East, South and West) should use the West End Bridge to access parking facilities.

Fans can park Downtown= and ride the free Light Rail to Heinz Field. Fans can park in one of the seven Pittsburgh Parking Authority garages Downtownfor $6.00. Check for space availability via iPhone (ParkPGH); Mobile (m.parkpgh.org); SMS/Text and Voice (412-423-8980). Fans who park Downtown are encouraged to utilize the following routes:

Park at Station Square ($10.00) and ride the Gateway Clipper Fleet Steelers shuttle boats ($6.00 per person, each way). Shuttles board 2 hours before the game and run every 5-30 minutes until kickoff. Return shuttles begin in the third quarter and continue until after the game.

Park for $6 downtown and ride the Pittsburgh Water Limo for $5.00 per person, each way or $8.00 roundtrip. You can enjoy a boat shuttle ride from the Allegheny Wharf to/from Heinz Field. Access the Allegheny Wharf via steps at the south end of the Clemente Bridge near Ft. Duquesne Boulevard. Pittsburgh Water Limo boat shuttles begin 2.5 hours prior to kickoff. Return shuttles begin at the end of the third quarter and continue until 45 minutes after the game concludes. Fans can contact www.pittsburghwaterlimo.com for information and reservations for limited boat service from the Convention Center and from the Strip District at 23rd Street.

ALTERNATE ROUTES TO THE GAME

TRUCKS PROHIBITED FROM NORTH SHORE BEFORE, DURING AND AFTER GAME

Trucks (except those approved by police for deliveries and those displaying North Shore Pre-Sold Parking permits and traveling directly to their permitted lot or garage) are prohibited from the North Shore Streets Area (Reedsdale Street, Casino Drive, North Shore Drive and Mazeroski Way) from three hours before until two hours after the game. 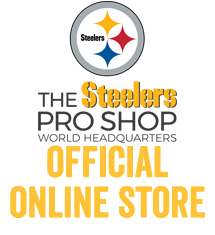 UPDATE: Due to ongoing public health concerns, all Heinz Field staff are working remotely. Phone lines are open, however, all callers must leave a voicemail with their name, phone number, and email.

For the quickest response, we ask all messages be sent via email to the following addresses: