The Most Instagrammable Spots at Heinz Field

The Most Instagrammable Spots at Heinz Field

Whether you are coming in for a critical AFC North rivalry game, a hot new concert or to see your alma mater play on Saturday, you can also take in some amazing sites in and around Heinz Field. So the next time you make your way to the North Shore be sure to get your cameras ready for these amazing stops (#nofilterneeded):

The first stop for any Steelers fan on gameday should be Stage AE, the Official Tailgate Zone of the Pittsburgh Steelers. Stage AE opens to the public three hours prior to kickoff and features a live band, giant TVs to watch highlights and games, food and drink specials and contests. Come out to mingle with your fellow members of Steelers Nation over cornhole, win great prizes and get your photo taken in front of the giant “YOU’RE IN STEELERS COUNTRY” banner. 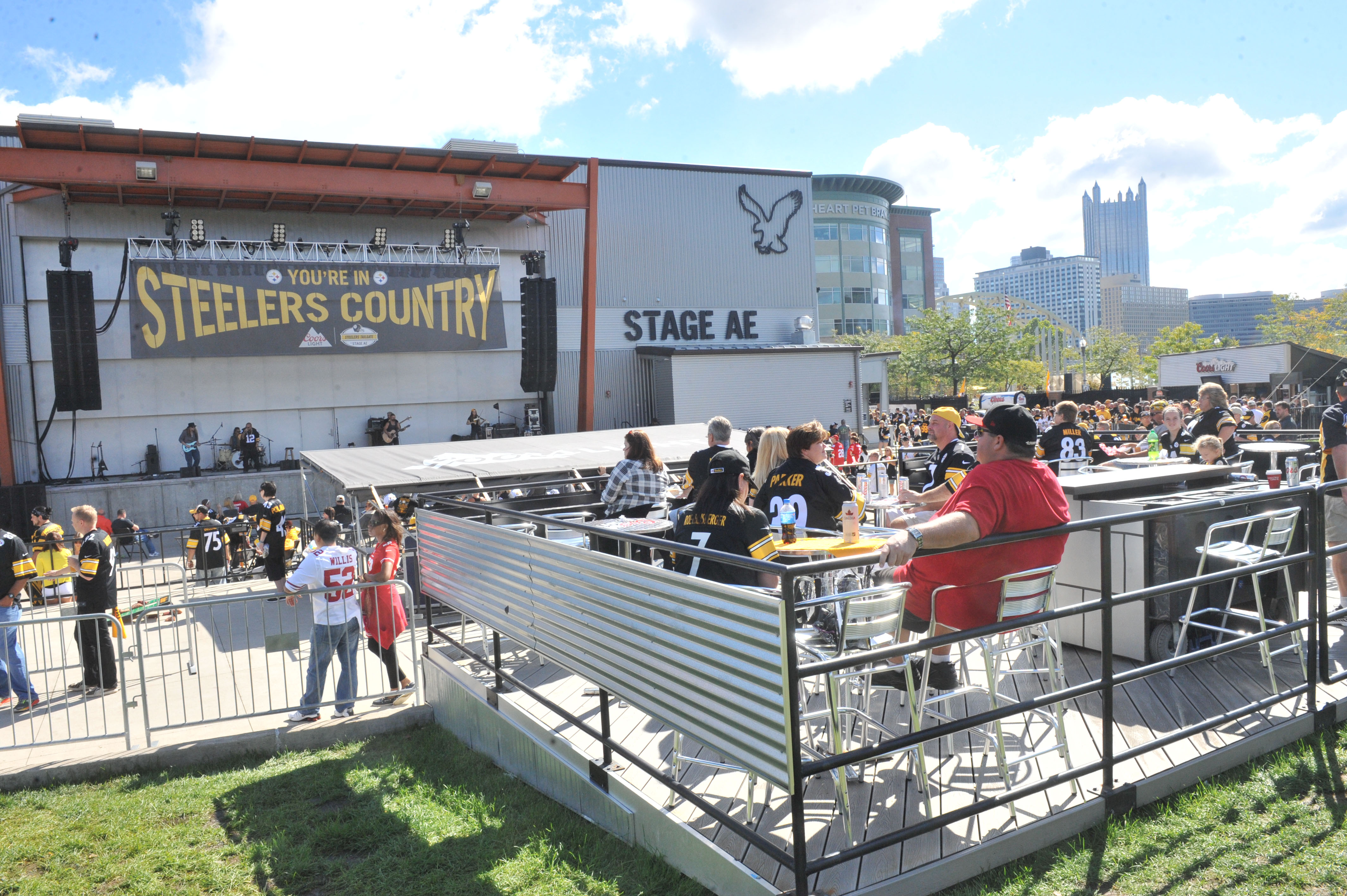 When a Steelers fan hears “Immaculate Reception,” the first image that comes to mind is Franco Harris catching a deflected pass off his shoelaces and racing to the endzone for one of the most improbable finishes in the history of sports. While Three Rivers Stadium, where the play took place, is no longer there, fans can recreate the moment on their way to the game. Stop by the Immaculate Reception monument along West General Robinson on the way into the game to check out the display that immortalizes this signature moment in Steelers history. Fans can stand in Franco’s footsteps in the exact spot where he caught the ball and pose for a photo doing their best imitation of the play. This is a must-have on your Instagram feed on game day (or any other time you are near Heinz Field). 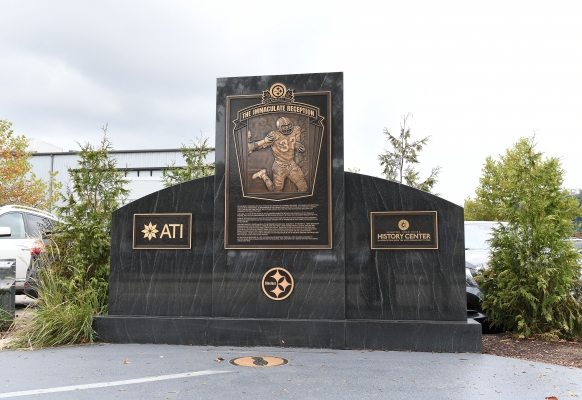 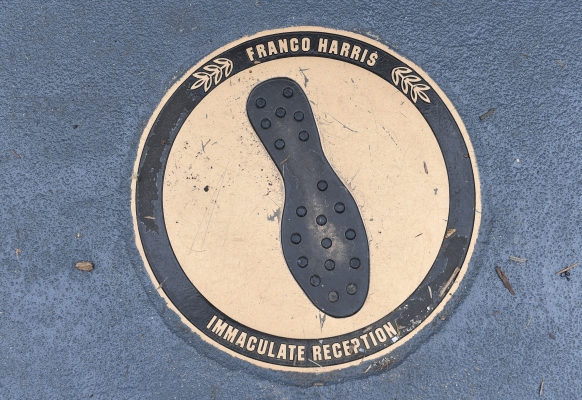 Steelers founder Art Rooney Sr. was lovingly known as The Chief by his players, coaches, and fans. In 1988, then-president Dan Rooney began the plans to build a statue honoring his late father. Local artist Raymond Kaskey was tasked with creating the iconic statue outside of Three Rivers Stadium and completed the construction in 1990. The bronze statue depicts The Chief with his trademark cigar and weighs over 80 tons. 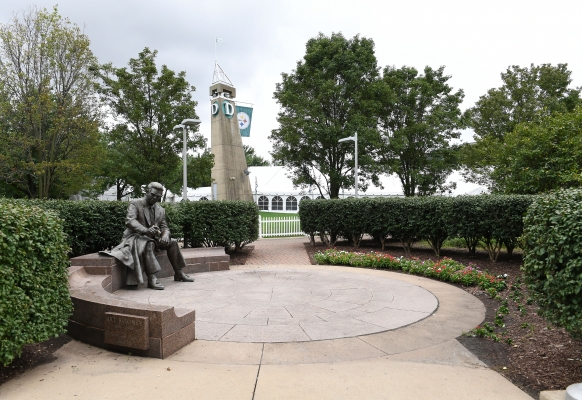 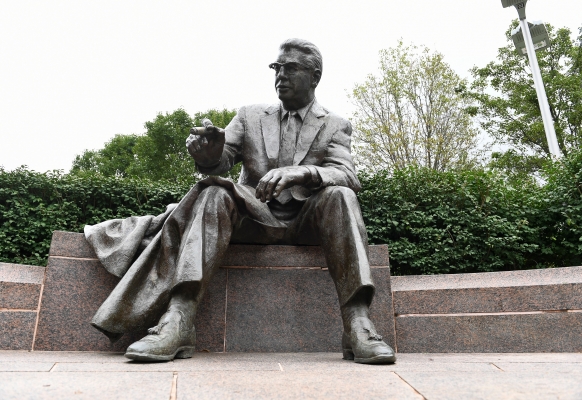 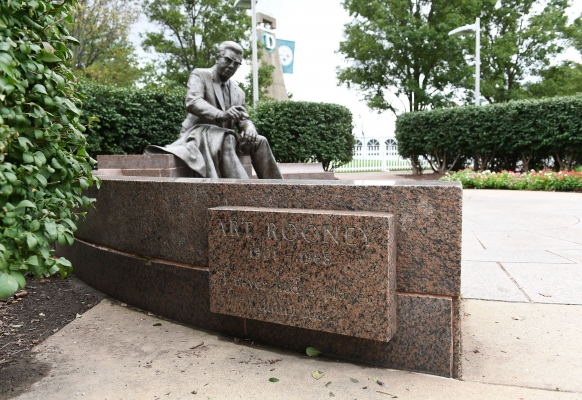 Open three hours prior to kickoff each game, Art Rooney Ave. is full of fan activities and photo opportunities. From the Steelers hypocycloid logo to a giant pair of Steelers gloves, there are plenty of great places to snap a pic and post it on your feed or story. Art Rooney Ave. also where fans can find the Steelers Nation Unite activation and prize wheel. Be sure to stop by early on game day and spin the prize wheel for a chance to win great giveaways, including passes to go down on the field following that day’s game!

She said YES‼️ That’s one way to make your game day exciting. Congratulations to the newly engaged couple! 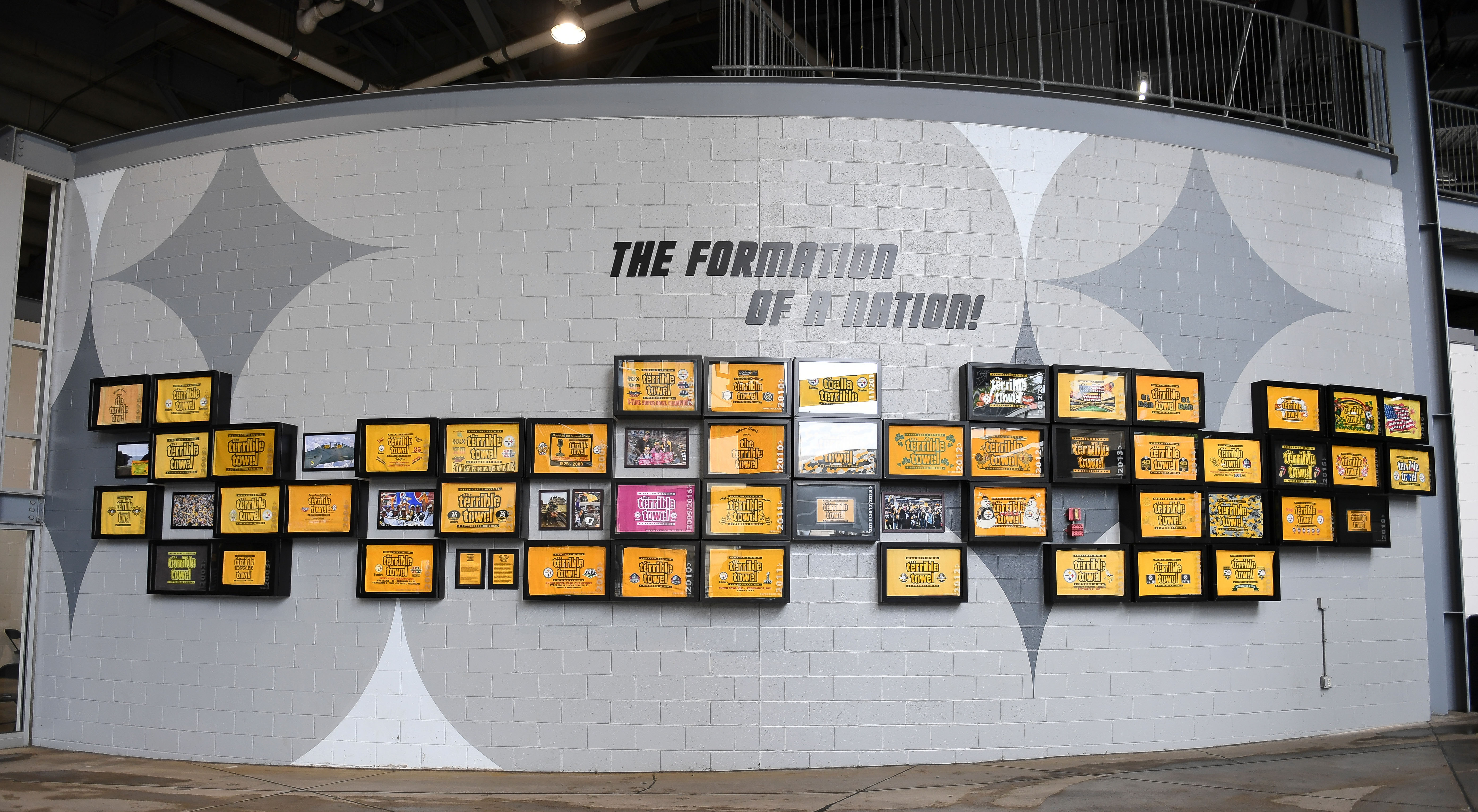 The history of the Steelers organization, Hall of Famers and Legends is on full display inside the FedEx Great Hall. With lockers that showcase the different eras of Steelers football, a display that honors the retired jersey numbers of Ernie Stautner and Joe Greene, and tributes to all-time greats, the FedEx Great Hall is must-see for any fan on game day and provides plenty of spots to fill up your social media pages. 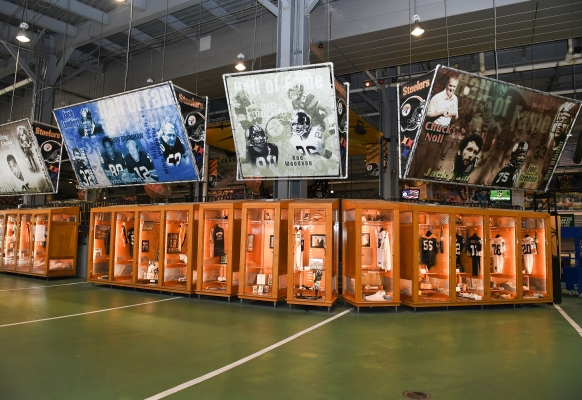 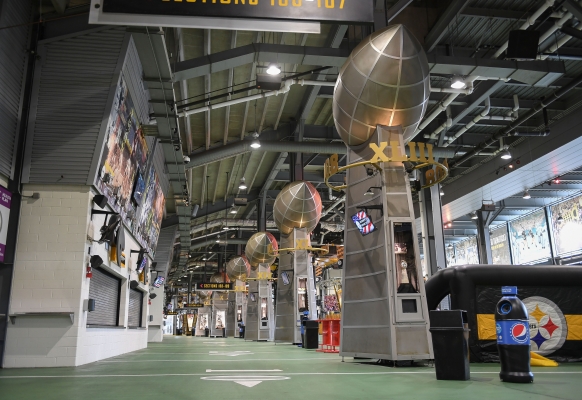 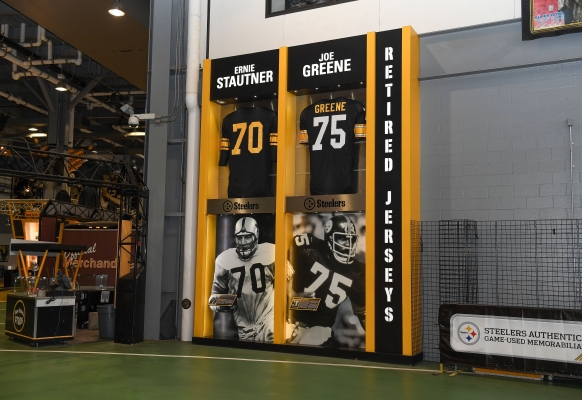 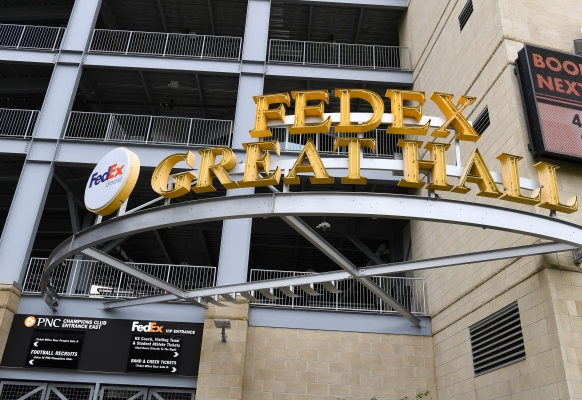 The Hall of Honor

The Steelers Hall of Honor was formed in 2017 as a tribute to the many individuals who made a profound impact on the organization. A list that includes ownership, players and contributors, the Hall of Honor is adjacent to the FedEx Great Hall and displays the photos and steel footballs of the inductees. Fans can stop by on game day to pose for a photo in the Hall of Honor and stand among Steelers greats. 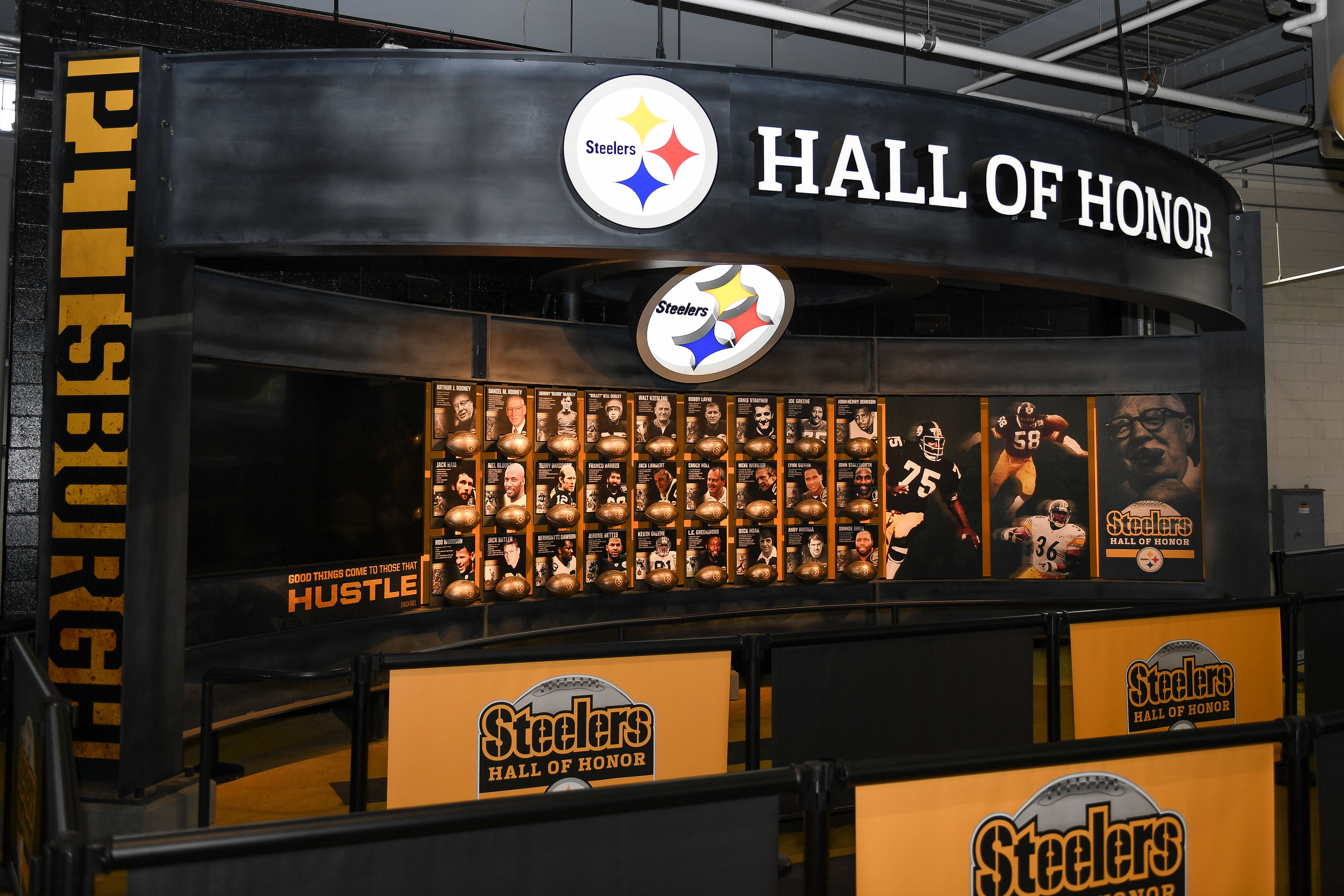 The Ford Fan Zone is located in the south plaza at Heinz Field beneath the scoreboard and provides great views of the stadium and the city of Pittsburgh. With that comes a number of places to capture a photo to add to the game day experience. Stand with your back to the field to get a shot of the stadium and playing field. Walk behind the scoreboard and concession stands to snap a pic with the Pittsburgh skyline in the background. And make sure you check out the Steelers logo for a chance to take a photo with a former Steelers player before kickoff. 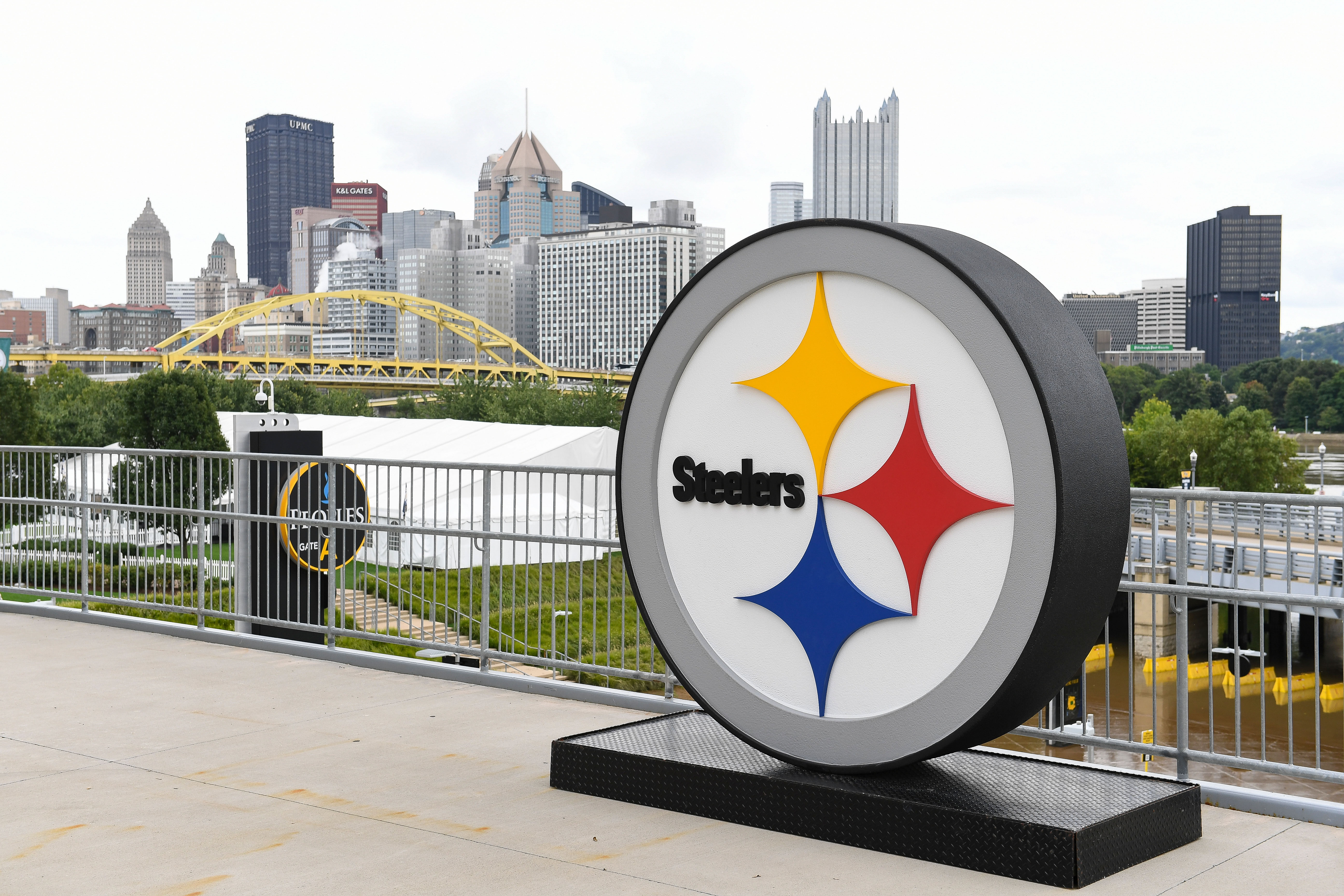 Be on the lookout on all levels of the stadium for Steelers Nation Unite team members who will have Instagram photo props that make for a great photo opportunity and commemorate your trip to Heinz Field, a first game, and more!